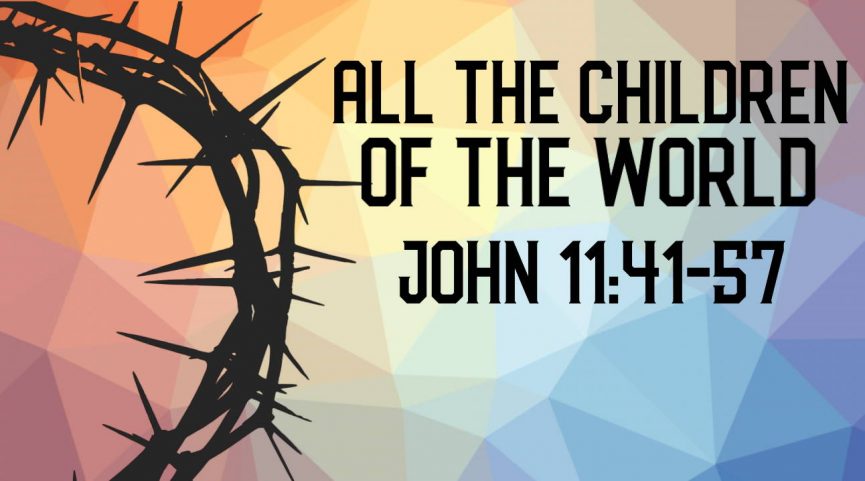 Jesus raised Lazarus from the dead. This miracle of God had the entire multitudes buzzing. God’s plans were being made evident. Many believed on the name of Jesus as their promised Messiah. Yet, those in authority perceived Jesus to be a threat to them, their stuff, and their livelihood.

Jesus confidently raised Lazarus from the dead for the sake of the people watching and for all those who would hear.

Lazarus physically came back from the dead, just as Jesus commanded.

Many of the Jews joyfully believed, while their leadership refused to believe in Jesus.

The chief priests and Pharisees quickly convened a council of the leaders in Israel to decry the God-man Jesus.

He did not say this on his own initiative; but being the high priest that year, he was unknowingly used by God.

The other part of his prophecy announced God’s plan to purposely gather together, into one body, the children of God, who have been scattered abroad.

From the day of this prophecy the leadership intentionally sought an opportunity to kill Jesus.

Jesus led His disciples to Ephraim to deliberately minister to them before the Passover.

The leadership willfully rejected Jesus to the point of plotting His murder. Those they hated Him; God used them to fulfill His plan.