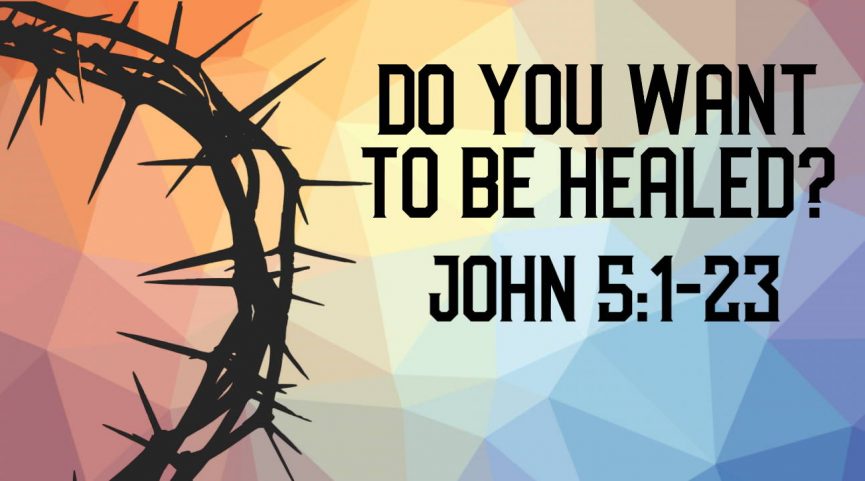 Jesus with His disciples made a pilgrimage to Jerusalem for a Jewish festival. Jesus obeyed the Laws of God found in the Torah (Deuteronomy 16:16,17). Jesus visited the pool of Bethesda which was by the sheep. Why?

Jesus encountered a multitude of diseased people at Bethesda. The people were sick, blind, and lame.

Jesus engaged a certain man who had been ill for thirty-eight years. Jesus saw this man in his helpless state – his deepest time of need.

The man responded with little faith. He saw his situation through his own eyes and not the eyes of God.

The man was persecuted by the religious rulers for following the command of Jesus.

Jesus found the man in the temple (the place of worship), and spoke with him. Jesus commanded him to stop sinning, (live a life of holiness). The reported to the Jews what Jesus said.

The Jews became more determined than ever to kill Him. From their viewpoint, He broke the Sabbath and He called God His own Father, making Himself equal with God.