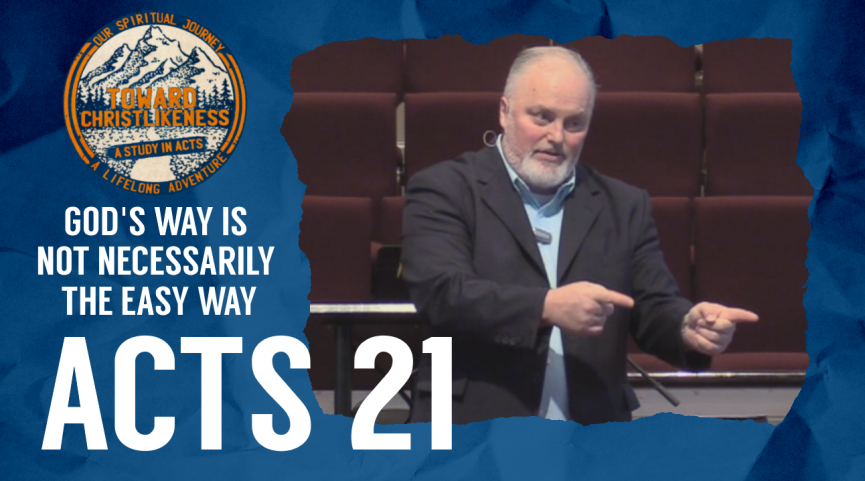 Paul and his fellow Christ-followers, despite the warnings, were fully convinced it was God’s will for them to travel to Jerusalem. The team packed and headed to their destination. Today we learn from Scripture to trust the hand of God as He fulfills His will through His obedient servants.

Some from the Church in Caesarea accompanied Paul and his team to the house of a Christian brother named Mnason.

Mnason is identified as one of the early disciples, a man of Cyprus. God blessed this man with enough resources to provide lodging, meals, and other resources to this large group of traveling Christians. Mnason obviously had the gift of hospitality.

Paul and his team were met with a warm welcome from the Jerusalem Church. Christians love fellowshipping with other Christians. We are all one family.

Paul’s priority after arriving in Jerusalem was to meet with James and the elders of the Church. He gave them a detailed missionary report about all God had done.

When the Church heard the report, everyone in the meeting praised the Lord! They celebrated the thousands of Jews and Gentiles who had come to salvation in Jesus Christ. They recognized their fellow Jews now had love for the law of God, they were zealous toward it.

Church leadership presented Paul with a religious and cultural issue. Paul had been the target of a massive smear campaign. The same one used against Stephen. (Acts 6:8-15)
The resolution by Church leadership for Paul was a public expression of his love toward God in a way everyone in town could see and understand.

James and the elders were men led by the Holy Spirit. They kept Jews and Gentiles (all people) in mind when making decisions. (Acts 15:20-29)

Paul submitted to the Church leadership and did as they suggested.