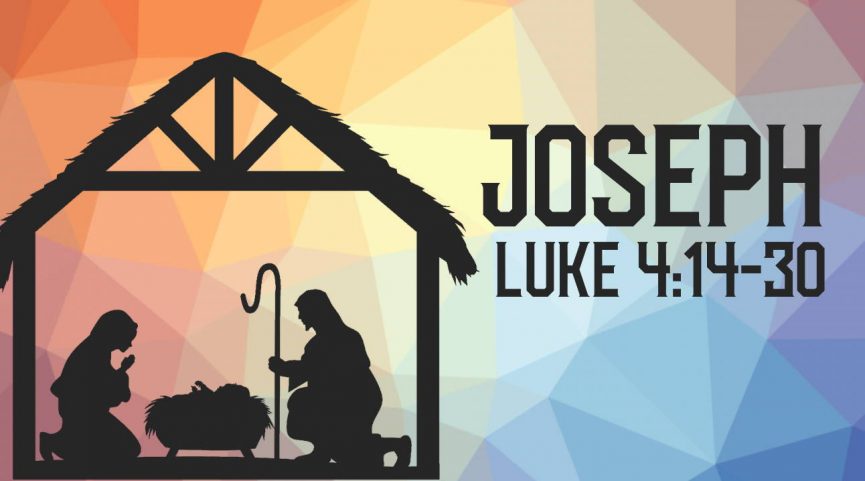 Joseph – Luke 4:14-30
Jesus was the Son of God and the Son of Man. He was fully God and fully man. The people in Nazareth knew Joseph, and they thought they knew his son Jesus. They were so close but so far away from knowing Him.

What characteristics did Joseph model for Jesus?
• Joseph was a humble man who obeyed God and God’s law.
• Joseph was teachable.
• Joseph was a righteous man.
• Joseph bore the stigma of the Nazareth community because his wife was pregnant before they were fully married. He married Jesus’ mother.
• Joseph named his son Jesus, just as the angel of the Lord instructed him. He had Jesus circumcised according to the covenant.
• Joseph abstained from a physical relationship with Mary until after Jesus was born. Matthew 1:25
• Joseph obeyed the government of his paid his taxes.
• Joseph raised Jesus as his son. He registered Him as his son with the government as being from the lineage of David. Luke 2:4,5
• Joseph dedicated Jesus according to the law of Moses. Exodus 13:2, 12, 15; Leviticus 12:8; Luke 2:2-24
• Joseph kept the Festival of Passover annually. Exodus 12; Luke 2:41-52
• Joseph raised Jesus to love God the Father and obey Him fully.
• Joseph knew he was raising “Jesus – Emmanuel –God with us!”
• Joseph knew Jesus would save His people from their sins. Joseph was one of those people. Mary was one of those people.
• Joseph heard from the angel of the Lord, shepherds, Simeon, Anna, the wise men, teachers from the temple, and Mary, concerning his son Jesus.
• Jesus continued to grow and become strong [in spirit], filled with wisdom; and the grace (favor, spiritual blessing) of God was upon Him. He went down to Nazareth with them, and was continually submissive and obedient to them; and His mother treasured all these things in her heart. And Jesus kept increasing in wisdom and in stature, and in favor with God and men. Luke 2:40; 52