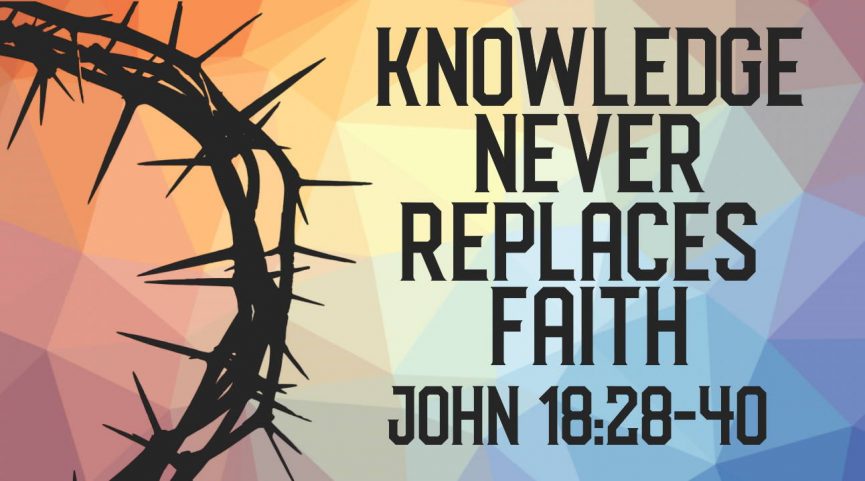 These men were so religious, they would not enter into the Roman Praetorium in order that they would not be defiled to offer the sacrifices to God at the Feast of Passover.

Pilate, an unbelieving Gentile, wanted to know what accusation “do you – the Jewish leadership” bring against this “Man?”

The lying and unbelieving Jewish leadership gave a very vague response to Pilate’s question. They were poised to do anything to crucify Jesus – unknowingly fulfilling Scripture.

When asked, Jesus established His purpose for coming to earth and He confirmed His Kingship of truth.

Pilate in scornful unbelief asked Jesus, “What is truth?” He did not wait to hear the answer from very God standing right in front of him.

Pilate confessed Jesus’ innocence. But he wanted to appease the Jewish leadership and keep a running custom, so he offered them a choice – release Jesus or Barabbas.

They ALL shouted for the death of Jesus and the release of Barabbas. They wanted to exchange the guilty for the Innocent. Ironically, so did God the Father!

Are you religious? Do you know about Jesus but that is your limit?
Do you have saving faith in Jesus?
Are you living by faith in Jesus Christ daily?
When your time is accounted for during a week, is there time for Jesus?