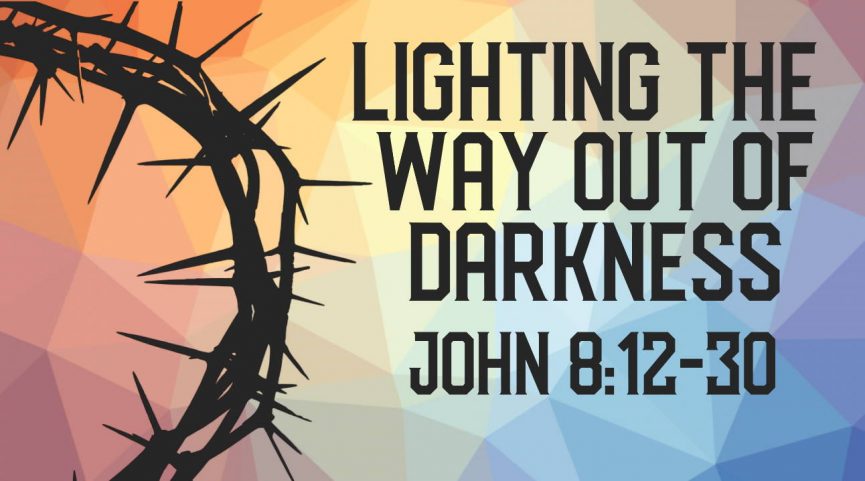 Lighting the Way Out of Darkness – John 8:12-30
Jesus was on a God mission. He would not be stopped by threats of arrest, death, or other distractions. Jesus came to save His people from their sins! (Matthew 1:21). Jesus was openly clear about His mission. (John 3:14-21).

The Pharisees had spoken great swelling words about arresting Jesus and putting Him to death. They refused to believe He was the Messiah, despite the evidence.

The Pharisees feared loosing the affection of the crowd. They enjoyed their popularity.

The Pharisees sent guards to arrest Jesus, yet the guards failed because of the power of His words.

Jesus prophesied His death and ascension to Heaven. Jesus had zero fear.

The Jews misunderstood the truth Jesus taught about His heavenly return and the coming of the Holy Spirit. They thought He was leaving Israel to go and teach the Greeks or the Jews in exile.

The crowd of people were divided. Some believed, some did not.

The Pharisees were angered by the people thinking for themselves. They even scorned one of their own, Nicodemus.

Jesus returned to His teaching in the temple court, all of the people came to Him.

The scribes and the Pharisees brought to Him a woman caught in adultery. They made her stand in the middle of the court. Exodus 20:14; Leviticus 20:10

The rulers attempted to set Jesus up so they could accuse Him of wrong.

Jesus offered them the opportunity to judge her with true judgment. They could not.