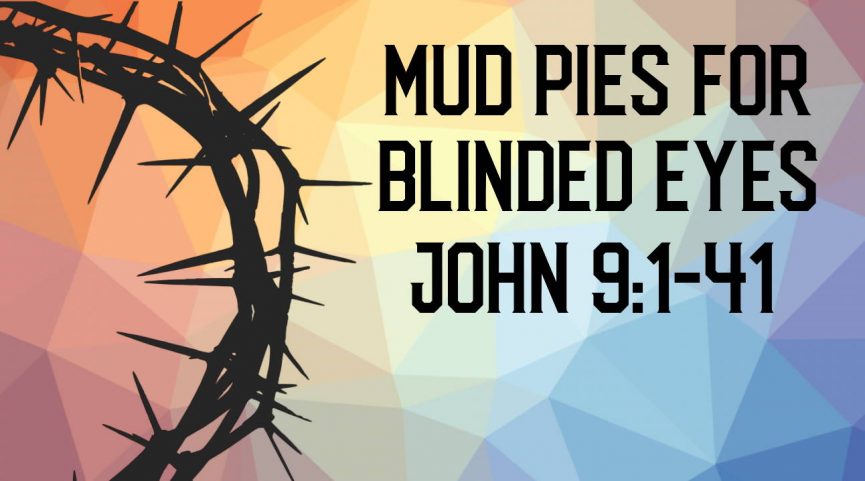 We must remember the words of Jesus when reading this passage today. Jesus said He was/is the Light of the world. Now the Holy Light is encountered an earthly sinner. Spoiler alert: Light wins over darkness!

God moved Jesus from a religious fight scene with the spiritually blind Pharisees to a Divine appointment with a physically blind man.

The disciples of Jesus were puzzled. They asked whose fault was it that this man was born blind. There is a hint of strange believism here.

Jesus answered their questions directly and followed His teaching with a miracle. Every miracle Jesus performed had a heavenly message. This miracle was to demonstrate God’s supernatural work.

Jesus made clay of saliva and dirt. He placed it on the blind man’s eyes and instructed him to wash in the pool of Siloam. The pool called “Sent.” The man obeyed and immediately received his sight! Praise God!

The testimony of the blind man who had received his sight shocked his neighbors. They brought him to the Pharisees.

The religious rulers heard his testimony and rejected it because Jesus healed him on the Sabbath. Their unbelief caused them to summon this adult man’s parents in an effort to verify his blindness at birth.

The healed man replied, “Well, this is astonishing! You do not know where He comes from, and yet He opened my eyes! We know [according to your tradition] that God does not hear sinners; but if anyone fears God and does His will, He hears him. Since the beginning of time it has never been heard that anyone opened the eyes of a person born blind. If this Man were not from God, He would not be able to do anything [like this because God would not hear His prayer].” John 9:30-34 AMP

The Pharisees insulted the man and threw him out of the synagogue.

Jesus sought after the man and invited him to believe in the Son of God. The man believed on Jesus and he worshipped Him.

Jesus exposed the spiritual blindness and pride of the Pharisees. He clearly told them because of their unbelief, their sin and guilt remained!