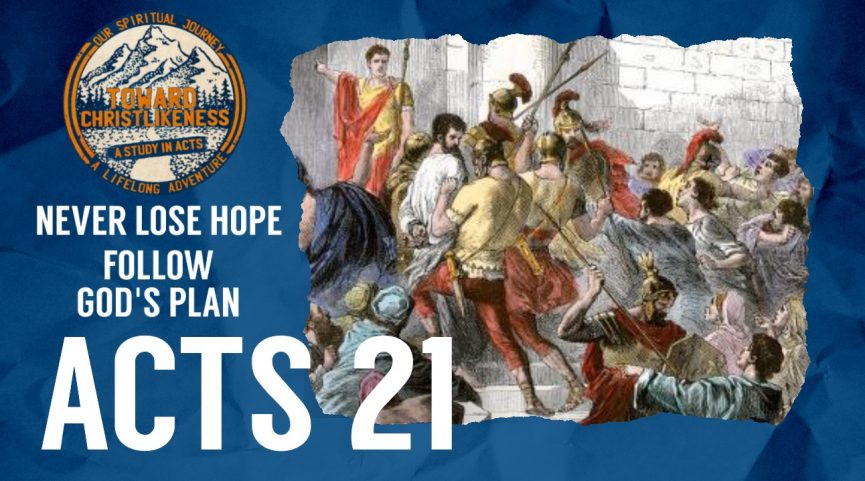 Paul’s life is filled with the skillful workings of the hand of God. God prepared Paul throughout his whole life to fulfill the will of God. Believers today can see where God is at work and join Him. This is the plan of God. (Proverbs 3:5-6)

Paul knew how to glory in tribulation. He submitted to Church leadership and fulfilled what was requested of him. Paul was obedient but it got him beaten. (Can you see God’s plan?) (Acts 9:13-16)

Paul persevered though he was abused and arrested. Paul was experiencing God’s plan. (Acts 21:10-12)

God used a commander from a pagan invading army to rescue Paul from a premature death. God’s plan.

Paul’s character was tested when his very own people railed against him after beating him. They wanted him dead, he still wanted them saved. God’s plan!

Although he suffered greatly, Paul appealed to the commander who arrested him to speak to the people. The commander granted Paul permission to address the crowd. Paul never lost hope! (Romans 5:1-5)

Paul seized the opportunity and shared his “God story!” This was God’s plan.

We have the privilege to receive Jesus as our personal Lord and Savior. This is God’s plan.

We have the privilege to obey God and do whatsoever He ask. This is God’s plan.

Are you following God’s plan?