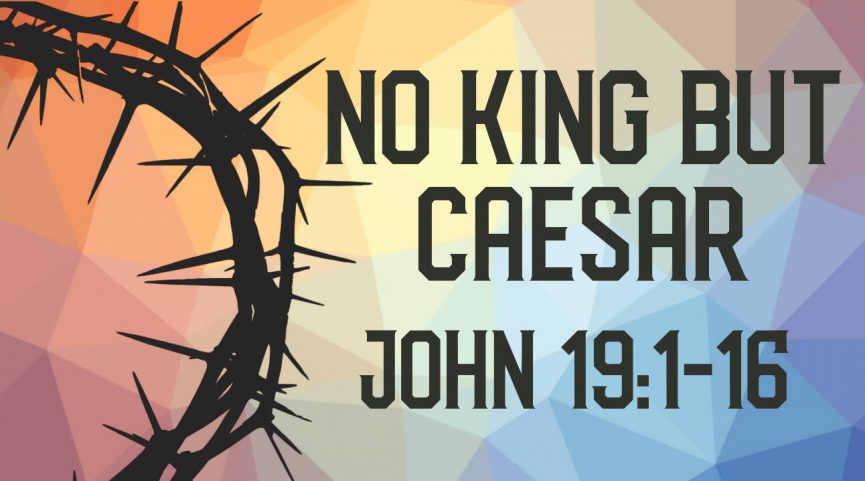 Knowledge Never Replaces Faith – John 19:1-16; Matthew 27:27-31; Mark 15:16-20
Jesus was arrested and had flagrant injustices done to Him prior to sentencing. He was the innocent Lamb of God fulfilling the mission of God.

The Roman soldiers flogged Jesus, jammed a crown of twisted thorns on His head, draped a purple robe around Him to mock Him, and they repeatedly struck Him. They humiliated Him.

Pilate presented a beaten King of the Jews to the Jewish leadership and desired to release Him, because Jesus was innocent.

The corrupt chief priest and officers shouted with vitriolic hatred, “Crucify Him, Crucify Him!” Pilate insisted that they take Him and crucify Him since he found Jesus faultless.

They murderous Jewish leadership invoked their blasphemy law, stating Jesus made Himself out to be the Son of God. They convicted themselves by their own statements.

Pilate knew Jesus was different. When he heard He was called the Son of God, Pilate became even more fearful.

Pilate questioned Jesus. Jesus did not initially answer him. Pilate told Jesus he had the power to crucify Him.

Jesus informed Pilate where his power came from. Jesus indicated that Pilate was sinning by participating in this crucifixion.

Pilate looked for various ways to release Jesus. Pilate feared losing his power and position more than losing his soul.

Pilate presented Jesus one last time to the Jewish leadership prior to sentencing and asked, “Shall I crucify your King?”

The chief priests answered, “We have no king but Caesar!”