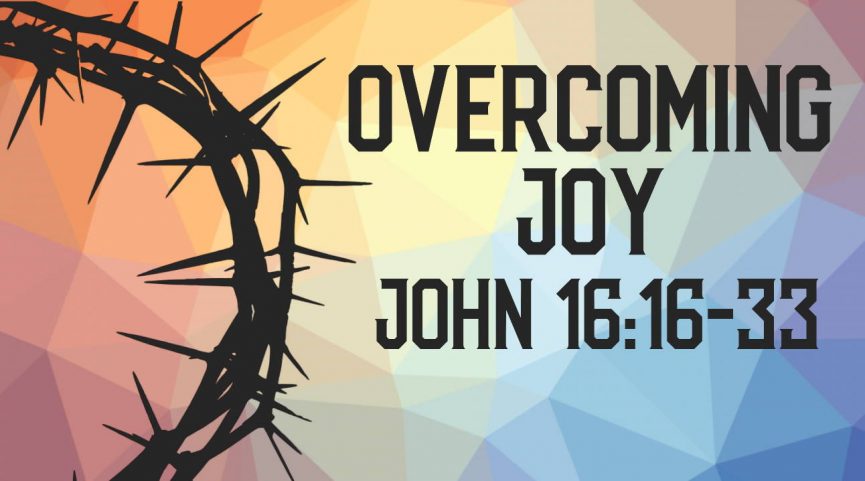 Overcoming Joy – John 16:16-33
The disciples of Jesus were confused, scared, and anxious because Jesus spoke in a veiled message of His departure. They had questions!

They were perplexed because they remained spiritually ignorant of what Jesus was saying. Although they desired to ask Jesus for clarity, they asked each other.

Jesus, full of compassion for His own, asked them if they had a question about His comments. He gave them clear answers.
He explained that they must endure sorrow for a season but their sorrow would be turned to joy.

Jesus further gave them a word picture they would all understand. He gave a snapshot of the cares of motherhood associated with child birth. Sorrow was in their near future but soon they would experience spiritual joy.

Prayer was to be a source of their joy. They soon would be able to ask God the Father anything in Jesus’ name and it was promised to them.

Jesus committed the Father’s love to His disciples and they understood.

The compassion of Christ helped the disciples in their time of need. They acknowledged their faith in Him. They knew He was from Heaven.

Jesus confirmed their belief with a question, “Do you now believe?” He then proceeded to tell them His hour of departure was near. He would be crucified within the next 24 or so hours.

Jesus warned of coming tribulations but He offered them peace to make it through.

Jesus Christ is the Victor; through Him all disciples can be overcomers.

Are you an overcomer through Christ?

Are you telling a watching world of His love for them?

What will you do differently this week in order to live for Christ with overcoming joy?