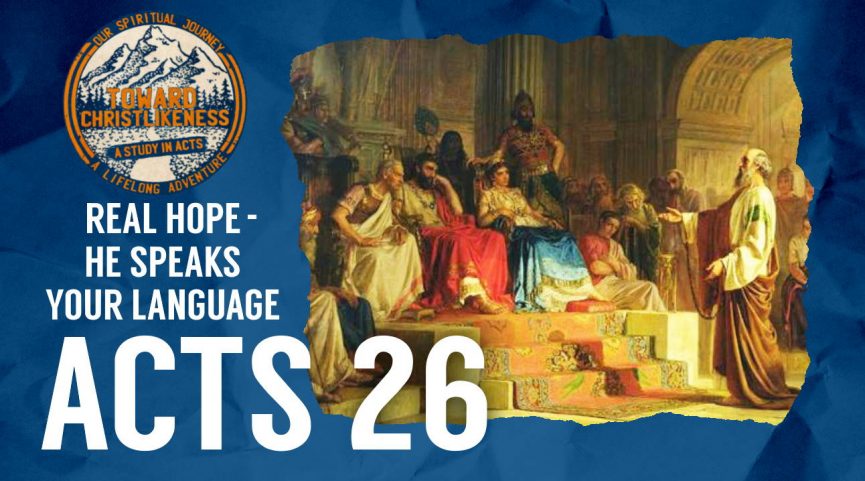 Paul beautifully described his life before putting his faith in Jesus Christ. In his story, he shares how he met Jesus and how Jesus changed his life forever. He openly and honestly shared his life experience to anyone who would listen. He had a story to tell!

Saul/Paul had malice for Jesus and His followers. Paul’s anger against the Church was so great, he traveled, as a religious zealot, from town to town and arrested and killed followers of the Way.

Jesus encountered Saul/Paul on the Road to Damascus. The glory of the Lord shown all around him, knocking him to the ground. The power of God was experienced by Saul/Paul.

Jesus appeared to Saul/Paul and had a conversation with him. Jesus spoke to Paul in Hebrew, (his mother tongue). Saul/Paul spoke back to Jesus in Hebrew.

Jesus delivered to him His plan and purpose for his life. He was to become a follower of Jesus, a minister of the Gospel, a witness to the things of God and he was to preach the word of God and trust God for protection. Jesus said the people who heard Saul/Paul preach would have their eyes opened from the power of Satan to the power of God. Through Saul/Paul’s preaching of Jesus, people would receive the forgiveness of sins, and an inheritance among all who are sanctified by faith in Jesus.

Paul shared with King Agrippa and confessed he was guilty of doing the things Jesus commanded him to do. He obeyed the resurrected Savior of the world.

Governor Festus interrupted Paul to insult him. Paul used the opportunity to appeal to King Agrippa and all the VIPs in attendance that day to surrender their lives to Jesus.

King Agrippa heard and understood the words of Paul, (in his own language) but King Agrippa responded with some of the saddest words in history, “You almost persuade me to become a Christian.”

We live in challenging times. Belief systems are as varied now than at any time in history. Have you heard from Jesus through the reading of His Word?

Are you almost persuaded? Have you fully surrendered your life to Jesus?

Are you sharing the life-changing message of hope in Jesus with a watching world?