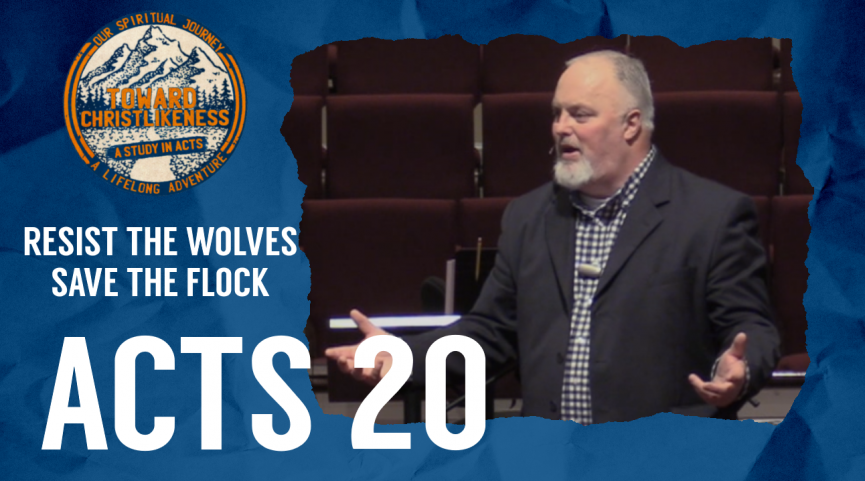 Paul served the Lord before the Ephesians in great humility.

Paul’s message was one of repentance of sins and faith in Jesus only!

Paul shared with the Ephesian elders that God had told him of his upcoming chains and tribulations.

Paul spoke with clarity; he had discharged the duties of his ministry and had preached the Kingdom of God to the church at Ephesus.

Paul preached the whole counsel of God – he fattened the flock.

Paul told the elders he was leaving. He instructed them to strengthen themselves and oversee the flock of God. He emphasized, the Church is God’s Church, bought and paid for with the blood of Jesus!

Paul warned the elders the enemy was coming to attack the Church. He warned them the wolf would be among them and the Church. Wolves eat sheep!

Paul told how the wolves, those unfaithful foes from Satan, would speak perverted things and even draw disciples away to them.

Paul commanded the elders to watch and remember. He wanted them to stand firm under the banner and grace of God. God is in the business of building and keeping His people.

Paul challenged the elders with his modeled life. He worked for a living. He did not covet Church member’s stuff. He supported the weak.

Paul and the elders prayed on the beach together. The elders were sorry Paul would not be returning. They walked him to the ship for his next Kingdom Adventure!