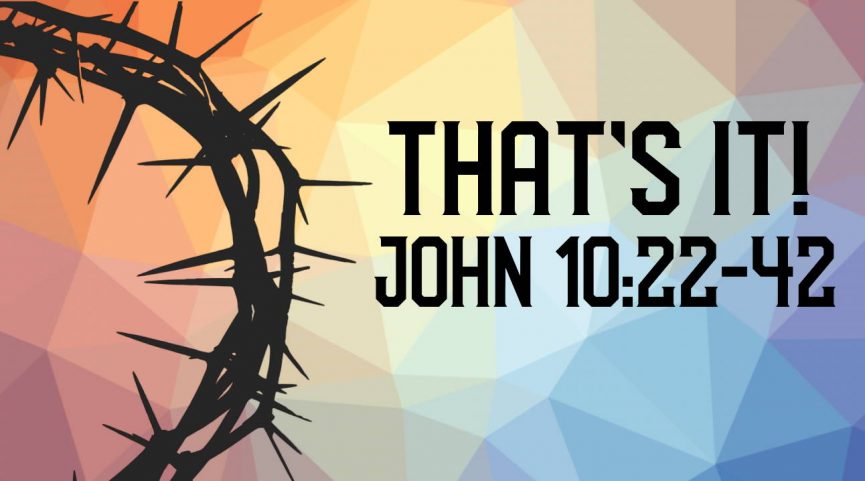 John specifically points in Scripture to the actions of Jesus during another Jewish festival. Jesus celebrated the Festival of Lights also called the Festival of Dedication. This is a winter celebration taking place sometime in late November or early December.

John told us clearly it was the time of the Festival of Dedication. He mentioned the season – winter.

John told us the place where Jesus paced and taught. The place is called Solomon’s space.

The Jewish leadership understood the actions Jesus demonstrated were those of the coming Messiah.

Christ declared His Divinity. He pointed to the many miracles and good works He did as His credentials and evidence to help their unbelief. Jesus said His miracles bear witness to His Deity.

Jesus told the Jewish leadership they did not believe because they were not His sheep. Jesus emphasized His sheep know His voice.

Jesus declared Himself the giver of eternal life.

Jesus described His oneness with God the Father. This caused the unbelieving Jews to take up stones to kill Him.

Jesus asked the Jewish leaders, for which good work do you stone me?

The blinding unbelief of the Jewish leadership caused them to see Jesus’ good works but regard Him only as a mere man.

Jesus escaped the grasp of the mob and traveled beyond the Jordan, to the area of Bethany.

Many Jewish people came to Him and believed in Him for eternal life.