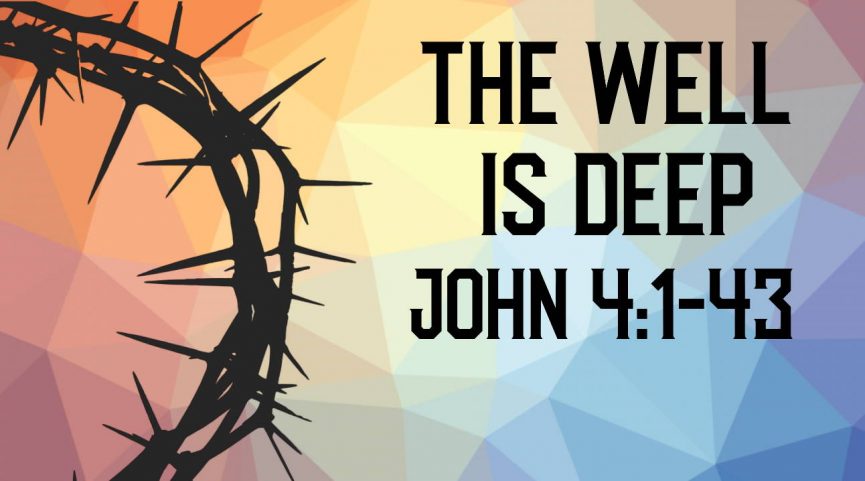 There is nothing like a cold glass of refreshing water on a hot day. Water is essential for life. When Jesus speaks in John 4, people of all ages understand He is speaking about something different than the clear liquid we drink. Let’s look at this water of life.

Jesus had a divine appointment in Samaria with a woman of Samaria.
Traveling from Judea to Galilee through Samaria was strenuous. The journey involved many hills and valleys.
Jesus was tired from His journey so He sat down at Jacob’s well. This was the specific place for His divine appointment.
Jesus engaged a woman coming to the well, He asked her for water. The Bible notes that He did this while the disciples went to buy food. It’s likely they passed each other.
The disciples going into a Samaritan city would have caused an uproar. The Jews and the Samaritans were not friendly neighbors. They had ethnic and religious differences.
The Samaritan woman responded to Jesus with racial prejudice and bigotry.
Jesus looked past her lostness and offered her the gift of living water.
The woman focused on the things that separated, Jesus focused on the only One who unites. Romans 1:16,17
After the woman asked Jesus for the living water, He confronted her about her sinful lifestyle. The woman responded with a works based, religious answer instead of repenting.
Jesus revealed deep truths to this woman. He revealed what true worship is and He revealed Himself as the “I Am!”
The woman believed and went back to her city so that others might meet Jesus.
Many from the Samaritan city believed in Jesus for salvation. This group of Samaritans acknowledged Jesus’ divinity.

Looking back:
What did Jesus mean when He told Nicodemus, he must be born again? He was offering him eternal life. John 3:1-21

What did Jesus mean when He told the woman at the well about living water? He was offering her eternal life. John 4:13,14