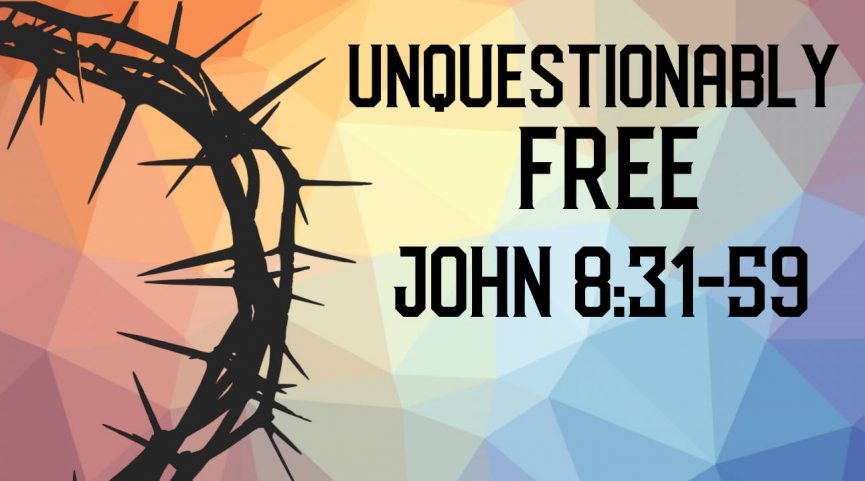 Jesus preached to the large crowds who listened. In those crowds were the religious rulers who refused to believe in Jesus as Messiah and had for their will to kill Him. But in the crowd were those who believed. While the religious leaders rejected Him, many in the crowd received Him.

Jesus invested His time with those who believed. His message to them was to persevere in His word.

Jesus promised His disciples spiritual liberty if they remained in His word.

The religious rulers objected to Jesus’ words by claiming Jews were free men because they were of Abraham’s seed.

Jesus announced Himself to be the Liberator for all sinful people who would believe! Romans 7:24,25

Jesus spoke directly to the people about their sin and their evil works. With clarity, He gave them a diagnostic test wherewith they could test themselves.

The religious leaders resorted to racial slurs and defamation of Jesus? They failed the test because their spiritual blindness shown through their words and actions.

Jesus declared their ignorance of God to them. He proclaimed to them that He is the Great I AM and they missed it!

The religious leaders picked up stones to kill Him. Jesus passed through them.